The Best Engine Swaps for a Datsun 280Z

There is a lot to love about the original Datsun/Nissan L-Series engine that every S30 came with from the factory. The legendary 6-cylinder L-series engine powered every Z-car that Datsun produced, but that didn’t stop people from wanting a bit more power. With a measly curb. weight of around 2,800 lbs., the 280Z is a prime candidate for some amazing engine swaps and hobbyists have been throwing new engines into their 280Zs since its debut. Just about every possible engine swap you can think of for the 280z, someone has done it (or tried to) but some obviously work better than others. This article will outline the five best engine swaps you too can accomplish with your 280Z.

This is probably the most common swap you will see in a 280Z, at least in the United States. Swapping an engine is never an easy job, but the SBC V8 swap makes the job a lost easier than most other options. The Chevy Small Block is another legendary engine — an icon in automotive history that many hobbyists have turned to for years. The Chevy Small Block was originally debuted in 1955 and the actual engine block hasn’t changed much because of its revolutionary design. Due to its long history and massive overall production, finding a Chevy Small Block to purchase for your 280Z swap that fits within your budget should be easy.

The 350 engine (depending on year) can produce as much as 370 horsepower, more than enough for your 280Z. Some say that certain Chevy Small Blocks actually produce too much power for such a small, lightweight vehicle as the 280Z, so be sure you carefully select the exact engine you’ll be going with. But regardless of what you do, you can be certain that the SBC is a great option in terms of affordability, availability, and information available on the subject.

Toyota’s legendary 2JZ engine series has been produced since 1991. The 3.0 L engine is most well-known for its application in the Toyota Supra. The 2JZ is quite a popular choice for a 280Z engine swap for a few reasons. First of all, it works very well size-wise and is said to be a relatively simple swap to accomplish. Another important reason this is a popular swap is that these 2JZ engines can be found relatively inexpensively.  You will need a new transmission as well, and 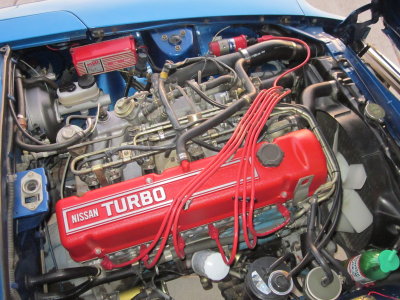 This is another popular choice for 280Z engine swaps, and for good reason. The L28ET is a direct descendant of the original L24 that features a greater displacement and turbocharged induction. The L28ET was originally produced for the Nissan 280ZX turbo. The L28ET was actually never sold in Japan due to sanctions by the Japanese Transportation Ministry and was only featured in the U.S. market 280ZX. The L28ET produces 180 horsepower and 203 ft.-lbs. of torque. Compared to a lot of options on this list, the L28ET can be found very cheaply from a 280ZX that has since “retired”.

The L28ET is a tasteful choice for this particular engine swap. Keeping your 280Z to it’s Datsun/Nissan roots as well as its L-series history is a great idea. The actual swap is a little bit simpler than others due to the ease in dropping the engine in (no/less custom brackets and other fabrications) but there are certainly differences to keep in mind when considering this swap. Overall, the L28ET looks like it belongs in the 280Z’s engine bay and will certainly satisfy your need for more power! 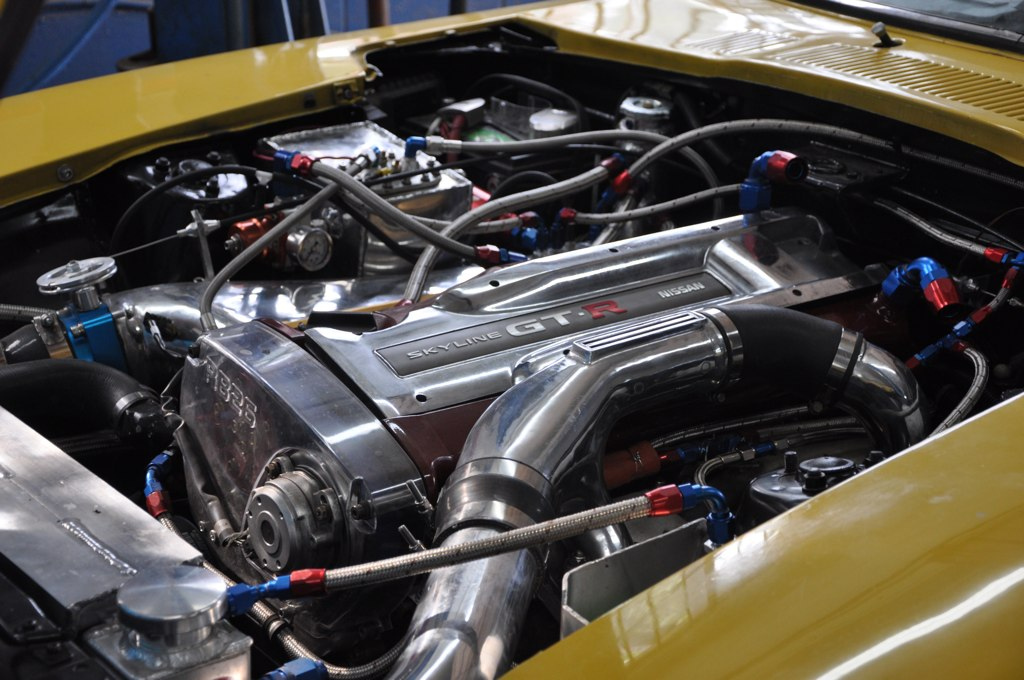 Like any engine-swap, swapping in a RB26DETT will require a great deal of custom fabrication and/or a swap kit. You may be inclined to add turbocharging to this setup (as many others have!) but if you decide not to go that route, leaving the 280Z as a naturally aspirated car will certainly not leave you wanting more power.

This is a classic choice as everything in your 280Z will still fall under the Nissan/Datsun family, maintaining its identity as a true Japanese sports car, while also adding a modern touch. With the minimal weight of the 280Z, many consider the power you get with the RB26 to be a perfect marriage with the weight and handling properties of the sporty, nimble 280Z. 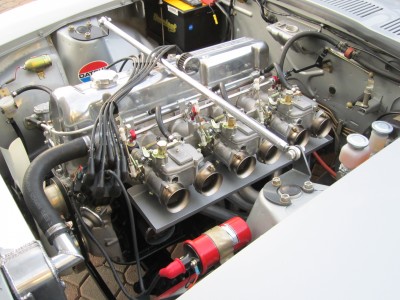 Rebello is a racing engine company based out of California that specializes in Z-car engines. Their flagship product for the 280Z is the “Big Bore” 3.2 Z-car engine. The Rebello 3.2 produces over 320 horsepower and 300 ft.-lbs. of torque. This can be increased to 365 horsepower with triple carburetors (Webers are a common choice for the Rebello 3.2). If you purchase from Rebello, the engine you receive will be a complete assembly minus cylinder head. The Rebello 3.2 is one of a few engines which the company has developed based off of a stock L-series engine.

This is also a relatively simple swap to accomplish as far as engine swaps generally go, but the main concern here will be cost. For such a well-designed and in-demand engine, it should be no surprise that the Rebello 3.2 engine is costly. Although Rebello does not list the cost on their website, the price appears to be in the $5-7k range. Basically, you’re trading the peace of mind that you can just drop in this powerful engine that has been well-tested and that it will work, for an admittedly high cost. In any event, Rebello appears to be one of the best companies out there for 280Z engines and they work with customers to help them sort out any issues that arise. The result is a beautiful, powerful, great sounding engine that will transform your 280z.